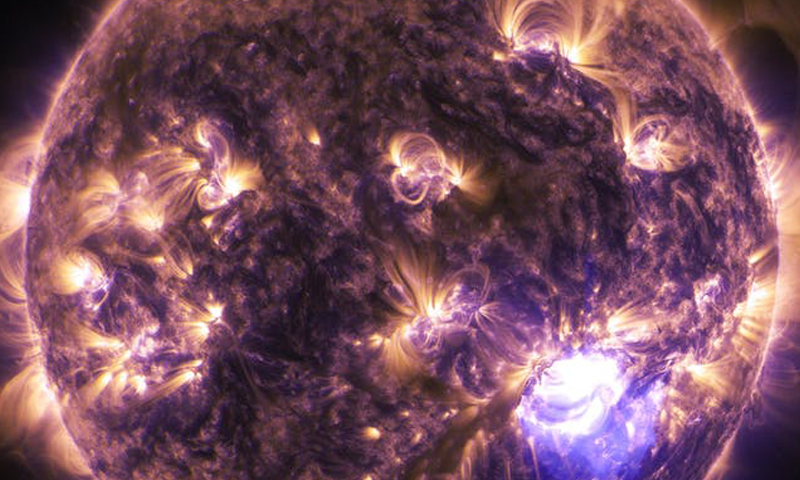 04/22/14
In Part 59, Caslaikove told of limitations with Split Magnetic Field Travel. So by an almost accidental occurrence, a pilot was in a test ship when he was launched at an unheard of speed. There’s more from Caslaikove below, or you can go straight to saviorproject.blogspot.com/ .

Greetings and salutations. Caslaikove here. Previously, I talked about Split Magnetic Field Travel, or SMFT, and its limitations. Experimentation was going on in regards to SOL, or the Speed of Light, travel. A material called Demfray was discovered on Saysone, a small out-lying planet in the Eck solar system (same system as Terlokya). This discovery took place during the infancy of Terlokyan space travel, but nothing happened in regards to using the material. Demfray is a wafer like substance, really light, and neither a mineral or a metal. Found almost entirely underground, the material was discovered during mining operation for precious metals. When brought to the surface, even in the dim light of the faraway suns, (Saysone is on the outer reaches of Eck) some of the material began to move. When the load of metals arrived on Terlokya, this substance was separated from the rest of the material and brought into a research facility. It was discovered that this lightweight material was resistant to light. It would actually move away from it. The brighter the light, the faster and farther it would move. Nothing was made of this at the time since Terlokya was entering its time of conflict which eventually cumulated in the Great War. This material was brought out of storage by an inquisitive researcher who was heeding Kesmar’s call for improved high speed space travel.

After much experimentation in the lab, a test was set up in space. A pilot, Major Koss, highly decorated, fought in the Great War and the Cezzeck and Tennen wars, was chosen to fly a special fighter, a prototype of the eventual Kahn fighter, for the experiment. Attached to each side of the fighter were two booms, one holding a sample of Demfray, and further back on each side was a boom that held a light. These lights were adjustable in their intensity. The forward booms, holding the smoothed out, flat, sections of Demfray, had the samples lightly attached to the booms so when the light hit them, they would break free of the booms and travel away from the fighter. Further out in space were tracking ships that would attempt to measure the speed of the oncoming samples of Demfray. The left light was set to full intensity, and the right light to half. When the order was given to begin the test, Major Koss turned on the lights. A problem occurred when the front booms did not release the Demfray sample. This caused Major Koss’ fighter to go streaking off into space at the Speed of Light. The tracking ships measured Major Koss’ fighter traveling at 186282 miles per second. Major Koss brought his ship to a stop by turning off the lights and engaging the SMFT in full reverse. He was so far out in space that he had to use the lights to get back. Thus, the Speed of Light travel was born.

This week’s blog has been brought to you by Lane Bryant – the company that makes sure it makes clothes that fit everybody and that you know about their selections and who they are for. Picture is below.

Meet the man who uncovered everything about the Savior Project – www.FritzFranke.net Would you buy your clothes from Lane Bryant?